​​​​​​​NatGeo’s Killing Jesus Website Might Be The Greatest Story Ever Scrolled.
Mullen has created a digital experience of Biblical proportions to support National Geographic Channel’s Killing Jesus, a three-hour docudrama premiering March 29, which is Palm Sunday. The Show is based on the best-selling book of the same name.
An immensely detailed, immersive website tells the story from three different perspectives: Son of God(the view of Christ and his disciples); Son of Man (the view of the Jewish priests of the time); and Threat to Rome (taking in political/economic implications). Each perspective is represented by a different crown: thorns, religious headdress and Roman laurels. This technique provides users with a  panoramic perspective of Jesus’s life, allowing them to explore events from every conceivable angle.
-Adweek
------------------------------------------------------
The life and death of Jesus has been called the greatest story ever told. So how do you tell it in a new way? That was the challenge posed to Mullen by National Geographic in the lead up to their latest historical drama, Killing Jesus. To achieve this, we gathered a team of creative, technology, historical and religious experts to push the narrative beyond the one well-known perspective. We combined custom hand-painted artwork with an original score, voice-over talent from the film, historical and archaeological content, and over 6,000 hours of development time, to create the greatest story ever retold. 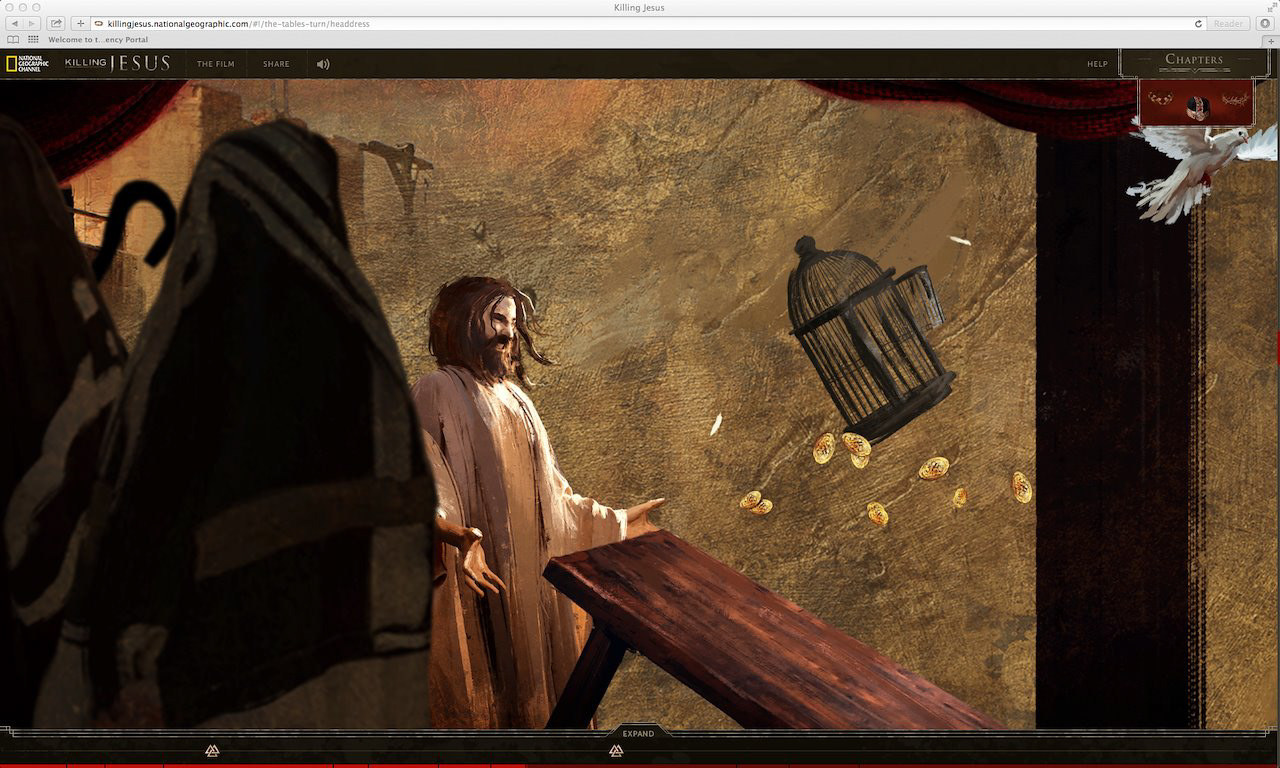 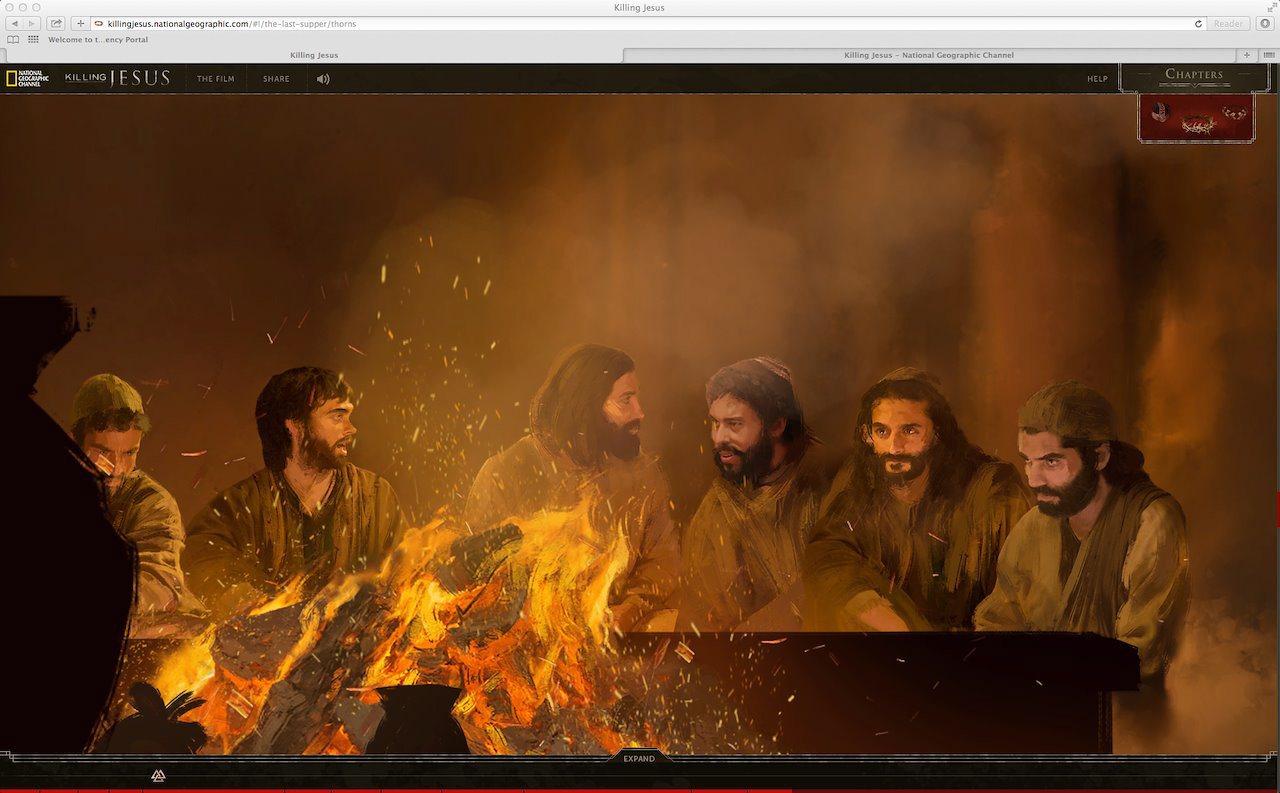 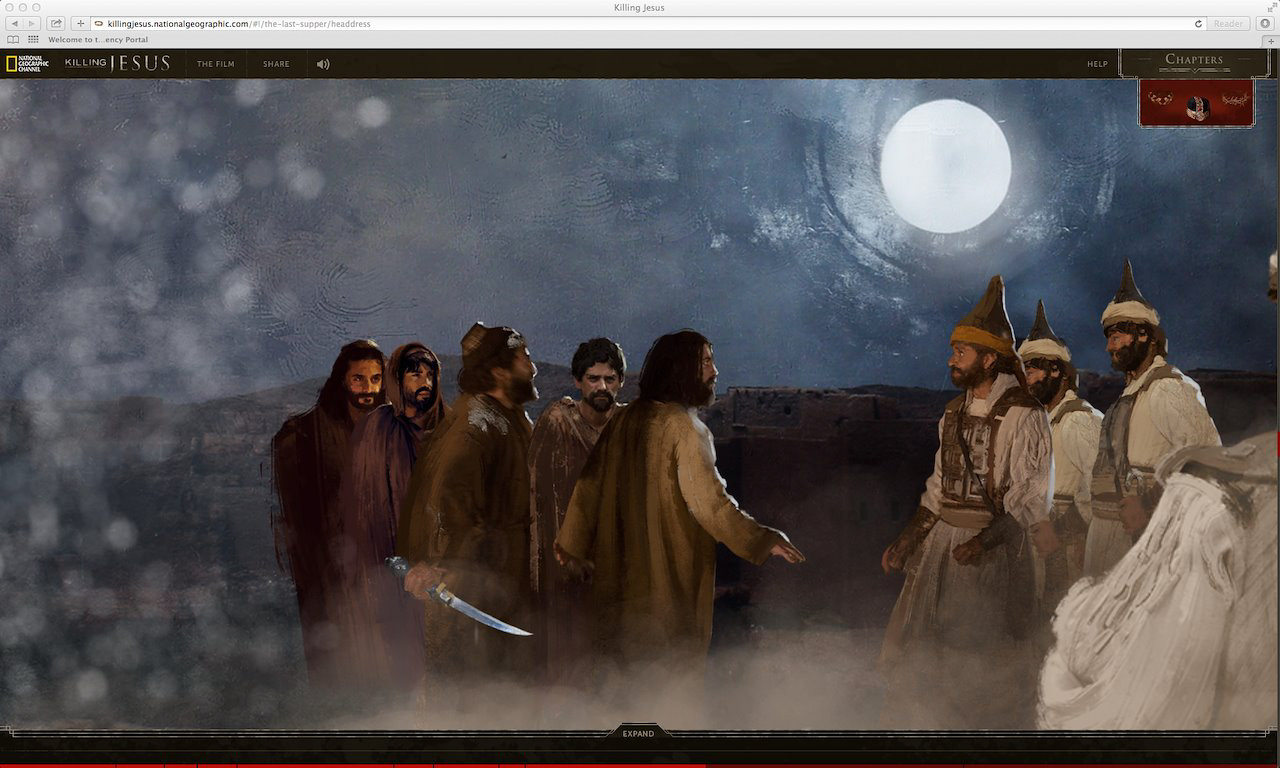 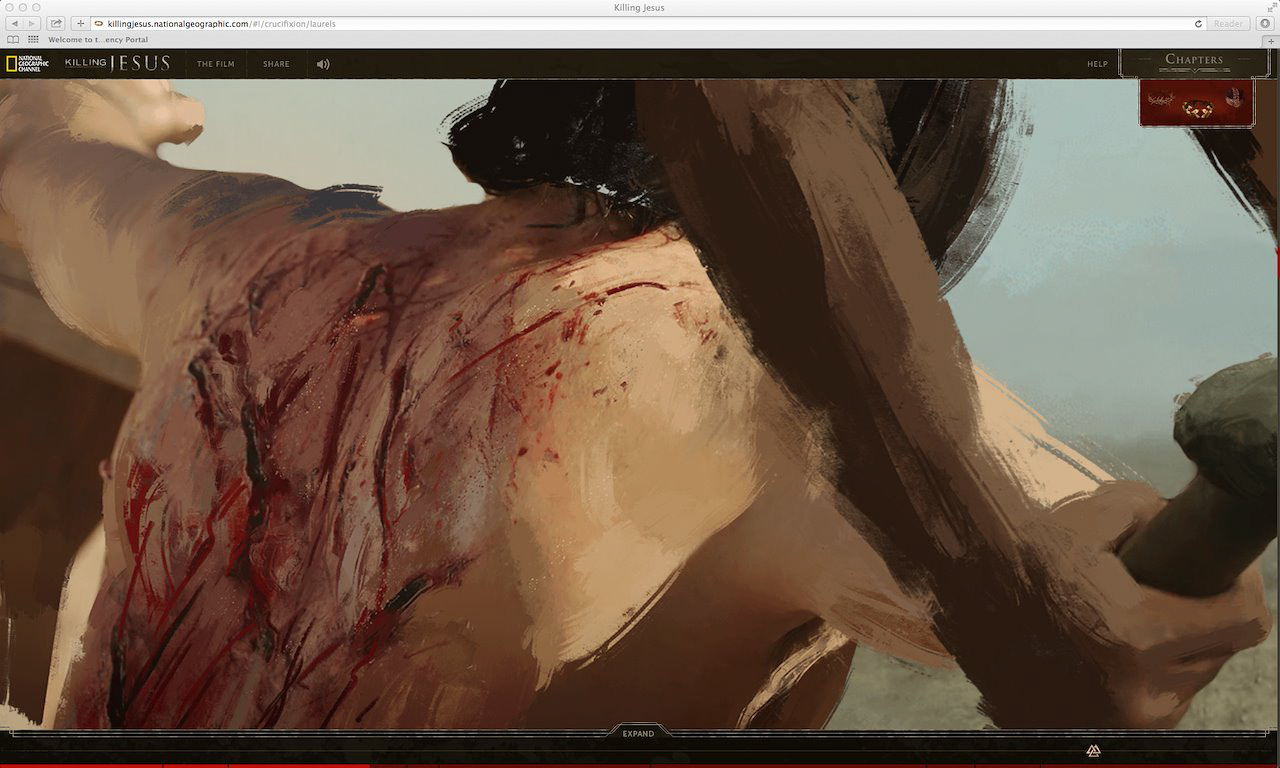 American Greetings
↑Back to Top